We arrived in Adelaide on Thursday. Everything is different, but still similar. Are we still in the same country? The weather is colder (we have to wear sweaters during the day and jackets at night) and there are a lot more people – both on and off the highway.

The place we got via airbnb was not good at all. They had two ferrets (we knew that) and the whole house was smelling like that (we didn’t know). But most of all it was super dirty and not at all like the place we got in Perth. On top of all it was more expensive. We’re glad that we booked only two nights.

Besides from visiting the central market and the “Mall’s Balls”, we also had a look at Tanundya. It’s an aboriginal institution, which has an art gallery and some performance every day. It was quite interesting, but I wonder why we got to learn about the culture and the dances of the Torres Strait natives (from the islands in the north of Australia) instead of getting to know more about the local Aborigines.

We got a new car as well. They didn’t have the size that we booked, so we got an upgrade. So far so good. The new car is quite spacious and has a four wheel drive. However it uses much more gas, especially in the cities.

That’s why we were looking for someone to join us on our travels. First we found a Canadian girl, who obviously had the Canada bonus. But her plans changed. Then there were two German girls. It didn’t work out, but that is ok, because it wasn’t the best match. Nick, Tom and Vivian are coming with us instead. Next destination: Kangaroo Island!

There is more to see between Perth and Exmouth. We drove by on the way up, but now we had some more time to have a closer look at them. 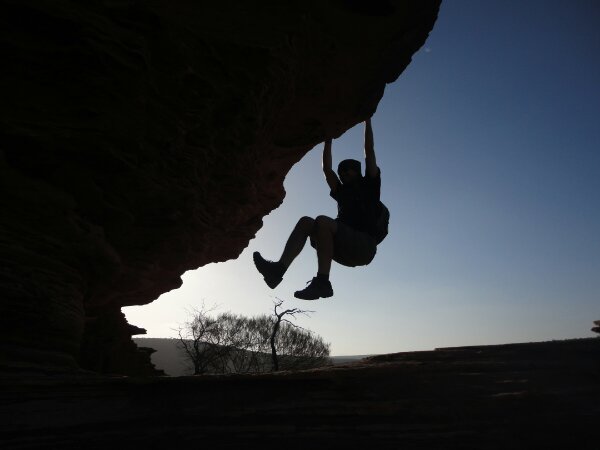 For one, there is Kalbarri National Park, which consists of the Murchison River gorge and the Zuytdorp Cliffs at the coast. We hiked a bit in each part and discovered Natures Window and the Natural Bridge. 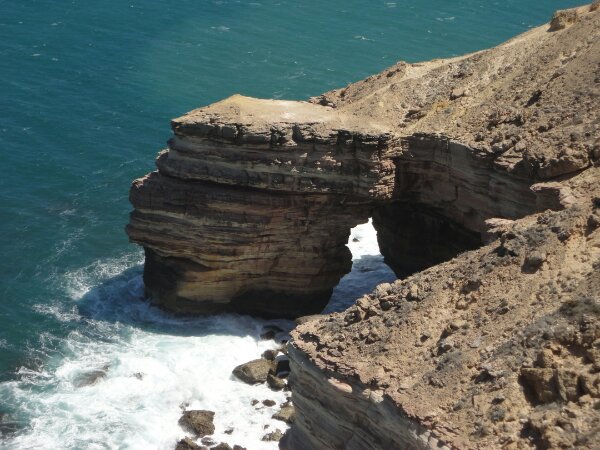 Further south we encountered a pink lake, which looks quite like it. Unfortunately it doesn’t show very well in the pictures. The color is due to some algae in the water. 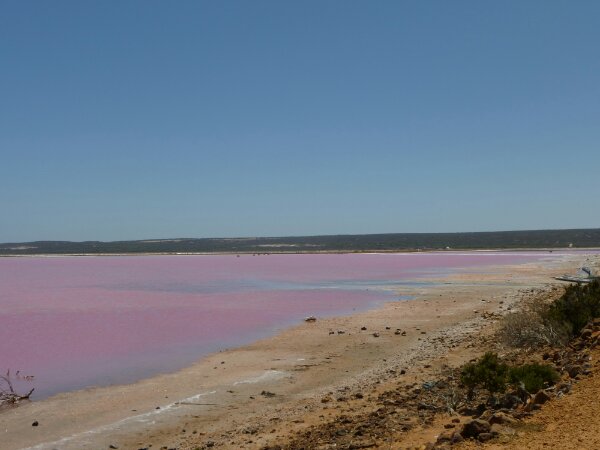 Our next stop was the Hutt River Principality, where we had an audience with his royal Highness Prince Leonard. He is the ruler of this independent sovereign state of the size of Hong Kong. He gained independence in 1970 and therefore does not pay any income taxes to Australia. 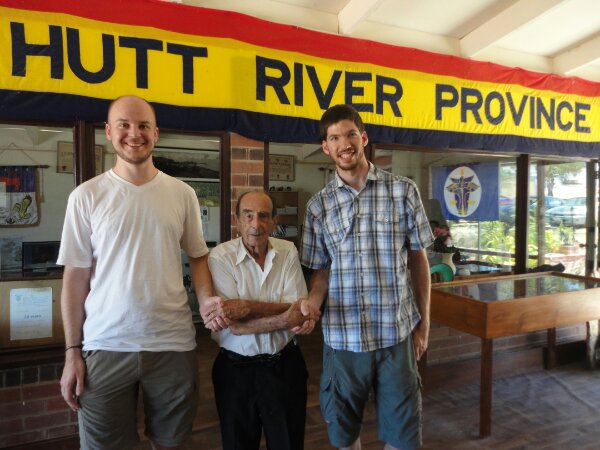 In the evening we set out to explore the Nambung National Park. It is home to the Pinnacles, thousands of pointed rocks in the middle of a desert. The limestone pillars were surrounded by soil, which eroded over the years. 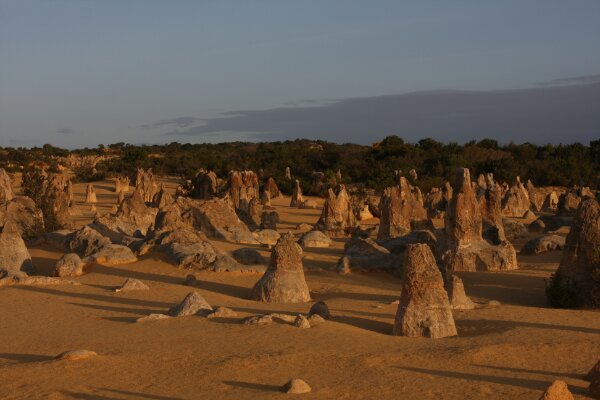 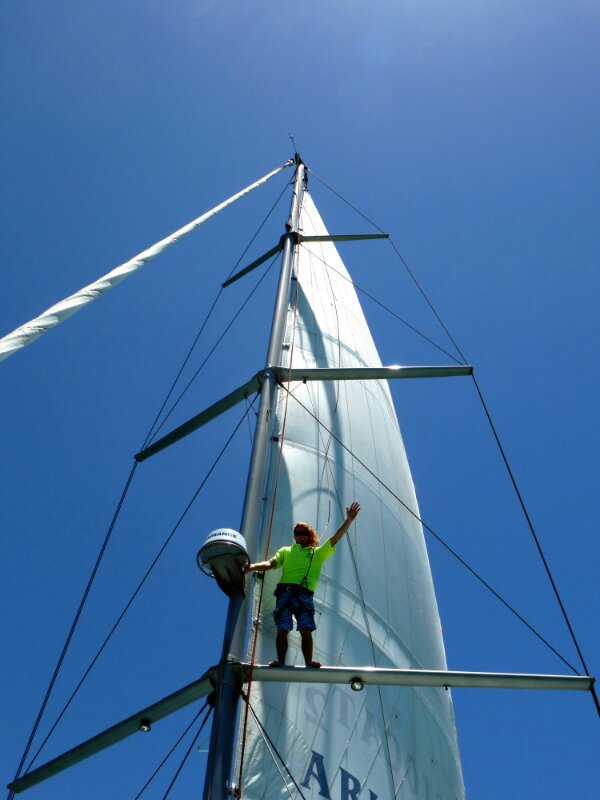 After driving for more than a thousand kilometers we’re up north at the Ningalo Reef. I finally get to use my underwater camera that I bought in Perth for only AUD 40 (28€).

First we went to have a look at Cape Range National Park. It has several superb spots for snorkeling. After we got some flippers, snorkel and goggles for Eiko, we went to Turquoise Bay. It is really cool, because you can walk on the beach for 100-200m and then you get into the water. The tidal current brings you back to where you started. You just have to exit before the current pulls you out into the sea.

While floating, you get to see lots of corals and fish in many different colors. We also saw a turtle and a reef shark (usually not dangerous) up close.

Today at Coral Bay, the southern end of the Ningalo Reef (in total 300km long), I went snorkeling again and I got to see a Manta Ray. Very beautiful creatures!

The part of the reef close to the shore is bigger but not as colorful. It’s still amazing and feels like being in a giant aquarium or a zoo tank.