Welcome to another trip of mine :). This time I’ll be in Scotland, as you might have guessed. I didn’t do much research on this trip, but I’m already liking it a lot. Let’s start with the airport – I was flying on my own, Benno and Eric are joining me later. But of course I wasn’t all alone and apparently summer was flying with me, because there was someone waiting for summer. As I was heading to the bus station the guy had vanished, so I assume summer has arrived. Sounds promising! 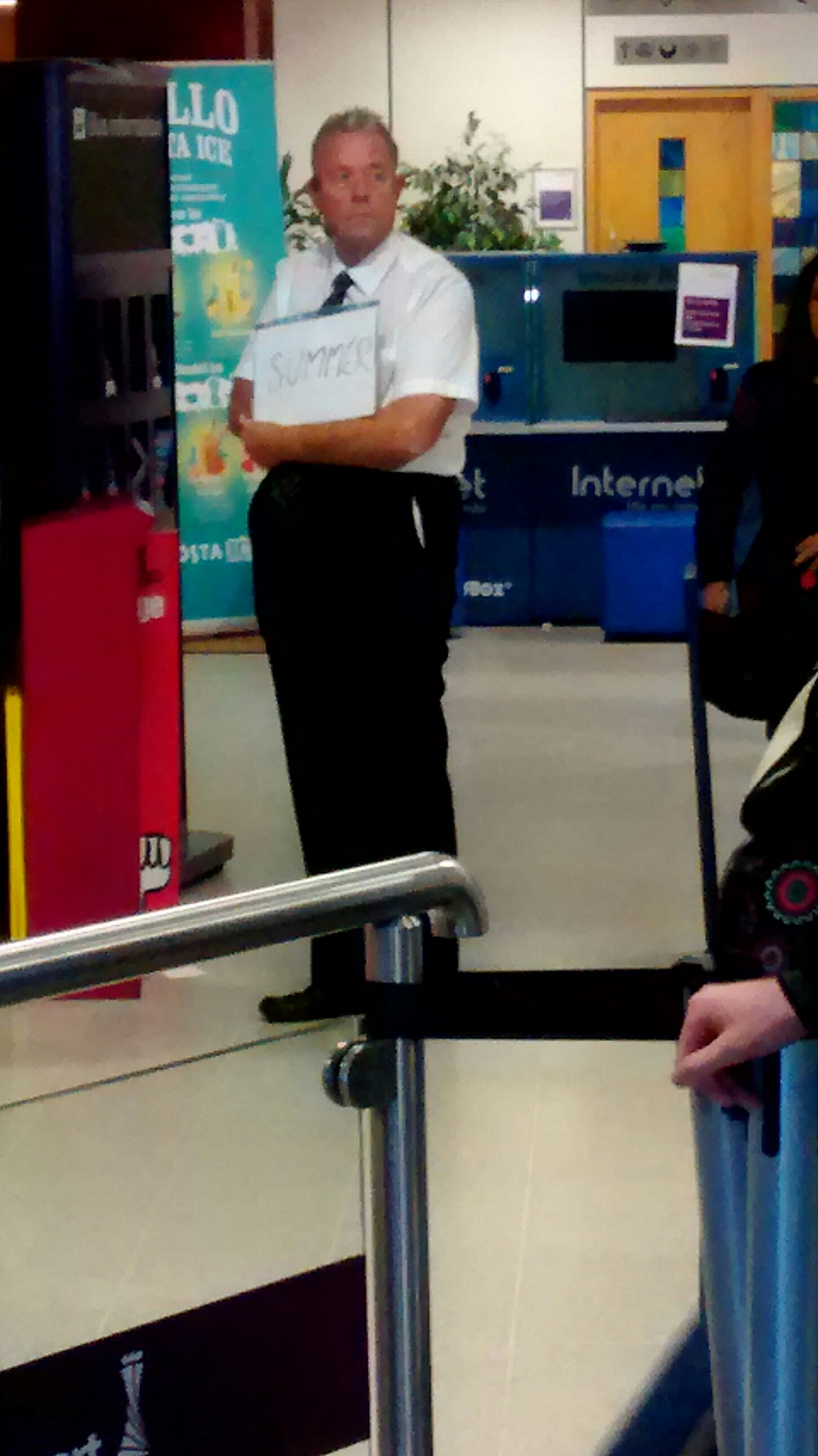 Once in Edinburgh it was quite easy to find Anissa’s apartment. Since there were only numbers on the door bells, I rang a few to get into the house. The first apartment didn’t know her, but I was lucky and shortly after a friend of hers came to let me into the apartment. It was really big and clean. Anissa arrived ten minutes later. She is French and best of all, she works at a bakery. She managed to find a map of Edimbourg – that sounds familiar. Although my French is limited, I was able to make out the most important informations. 🙂 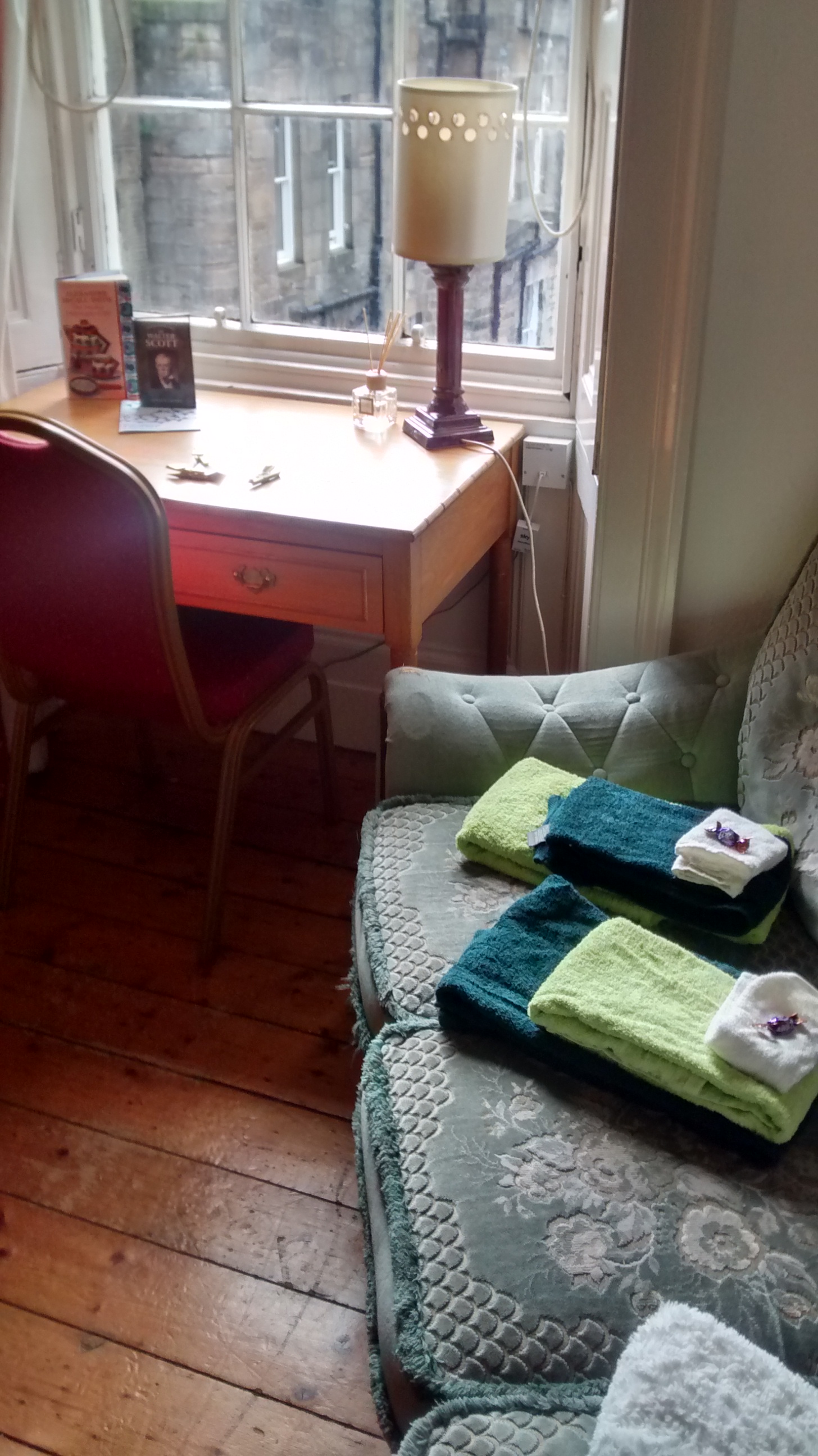 I left the apartment shortly after and headed for George Square, where a festival was taking place. I was getting quite hungry, and here is where Anissa and the bakery were very handy: Free sandwich and free strawberry tartlets. And latter ones are really amazing! (With vanilla pudding, pistachios and a tiny piece of chocolate!) 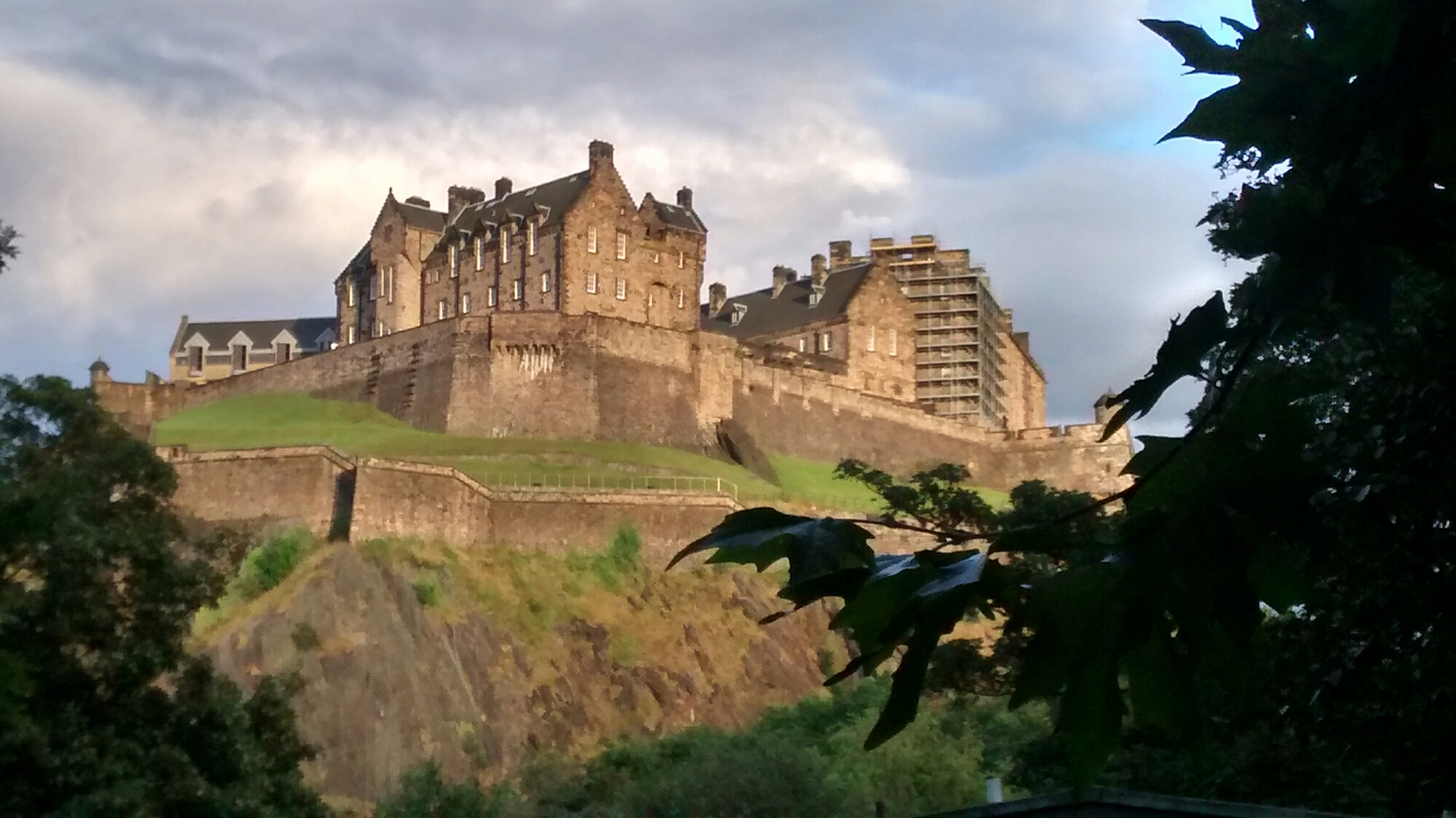 At the festival I was greeted with a remix of “500 miles”, which was turned into “500 kilometers”. Very fitting for our trip, but still three times as much as we’re planning on doing. The strange thing at the festival was that you had to pay to enter through the side entrance, but the main gate was for free… Of course that’s what I did. Inside there were quite a few people. Some tents were set up for several shows, most of them were with admission. One tent though offered free 20 minute shows. The first one I watched was “Russia’s best kept secret” – a girl named California doing hula hoops with 15 or more hula hoops, pretty impressive! 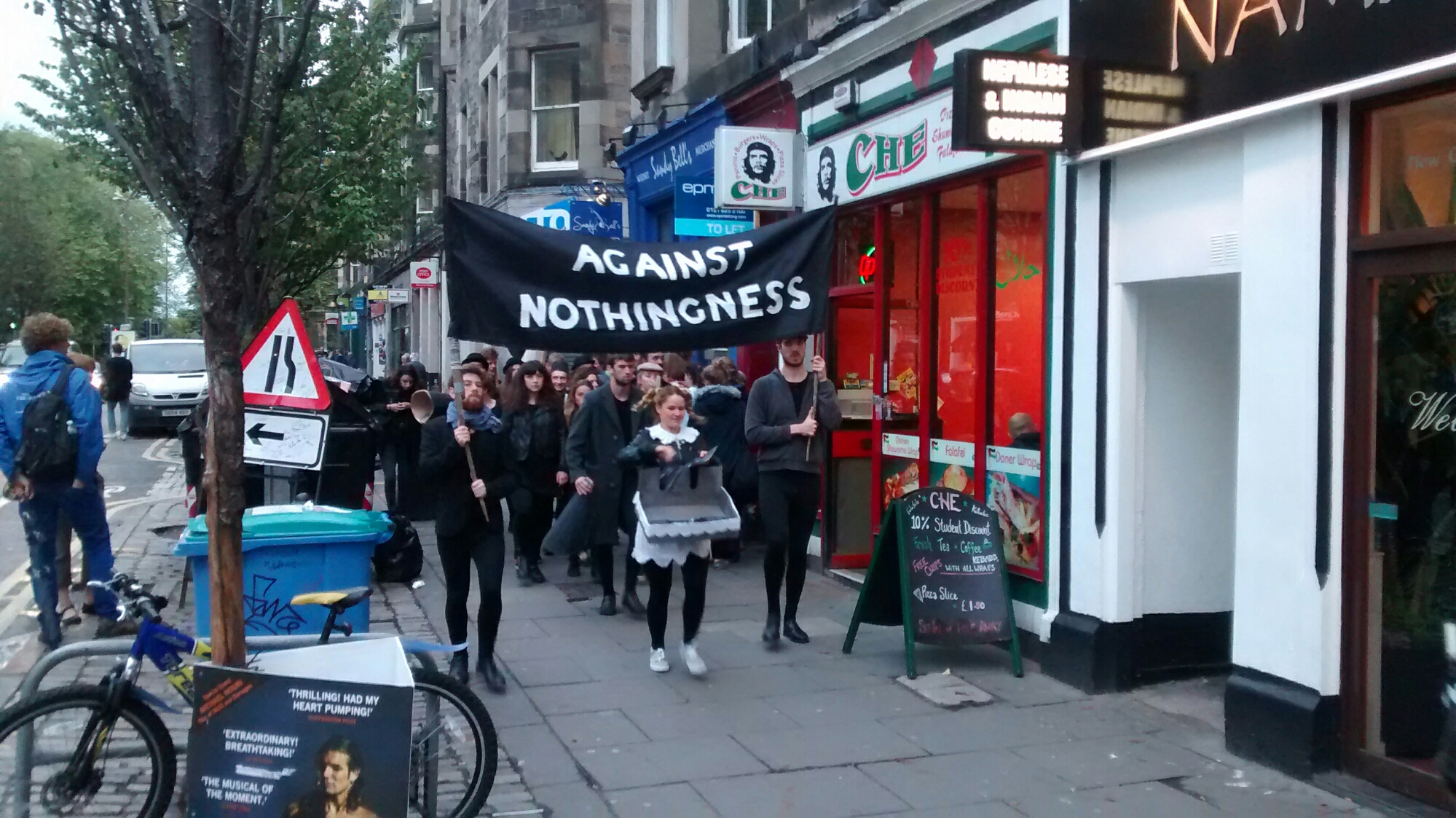 But afterwards it got even better – it was time for Charlie Caper, a Swedish magician, who won the silver medal at a worldwide magic competition. He performed some really cool tricks, like turning a 5£ bill into a 10£ bill or putting little balls under a glass cup or refilling an empty can of coke. They were definitely much better than they sound in writing! 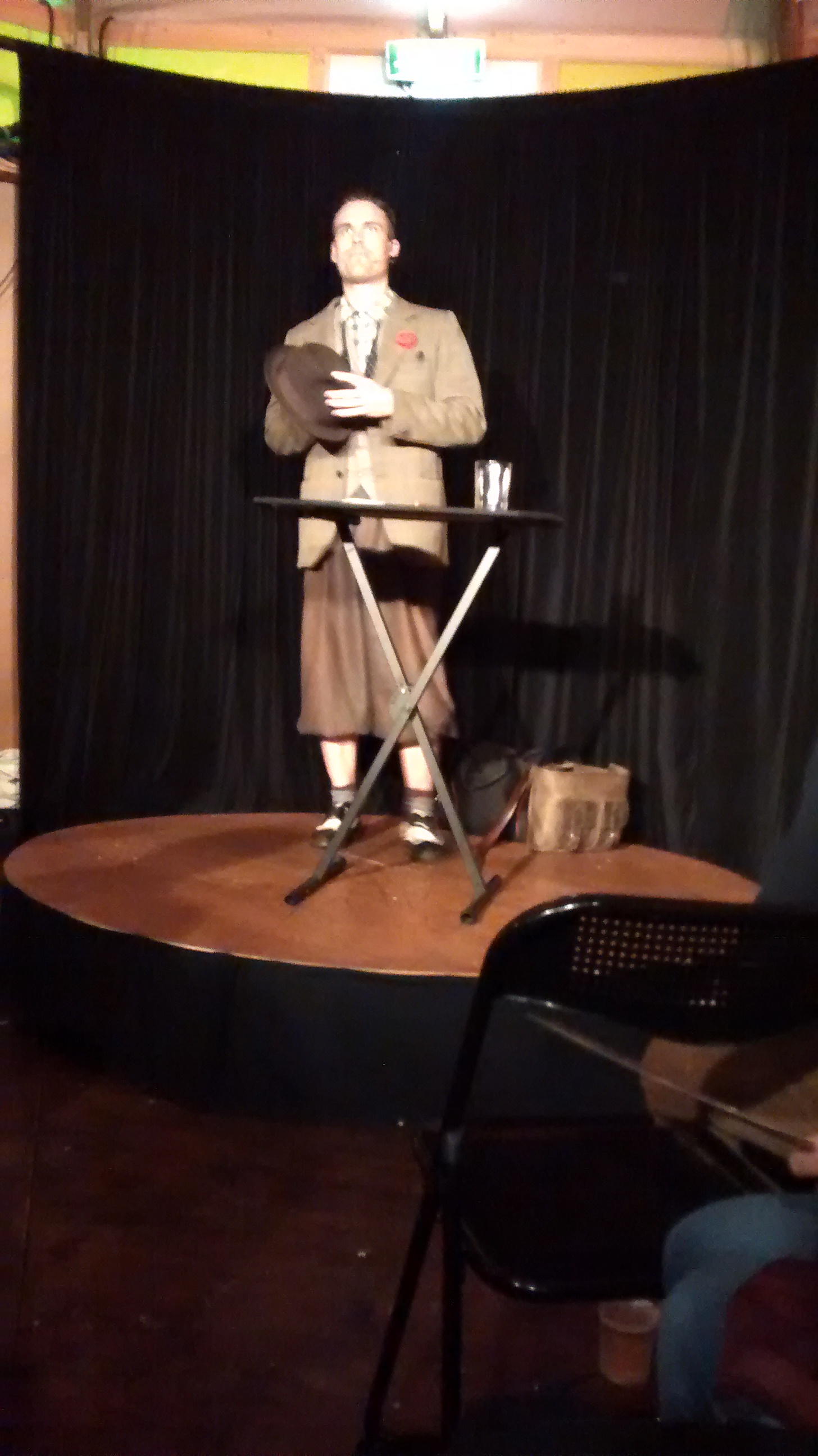 Unfortunately it started raining during his show. It didn’t matter during the show, because it was inside, but it didn’t stop raining until I got back to the apartment. And Scottish rain is the worst – it’s falling as quiet as snow, but you get as wet as if you went swimming with your clothes on… Fortunately everything dried over night 🙂 . By the time that Eric arrived at the apartment it had stopped again, but at 23:30 neither of us felt like going out again tonight, especially because we booked an early bus to Glasgow for tomorrow.