Our next stop was Glasgow. We had decided to take a hop-on-hop-off bus tour around the city. Luckily our next AirBnb host is living close to the science center, one of the bus stops. However, the bus was really full so we had to take our heavy backpacks on our laps and weren’t able to see much on the first ride. 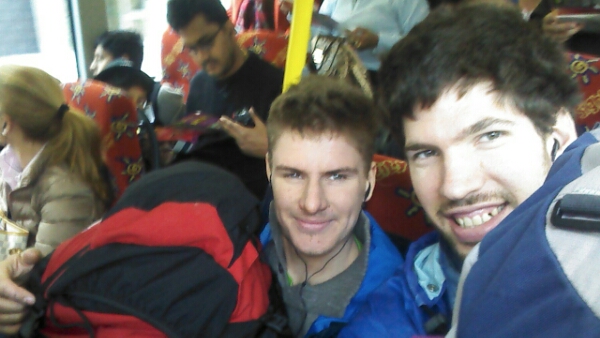 As we got off the bus we saw more and more houses with Scottish, English or British flags, saying “YES” or “NO” in big letters. It’s part of the Scottish vote for independence, which will take place in September. It’s quite interesting that lots of people openly declare their opinion like that. Especially if your neighbor has a different opinion… 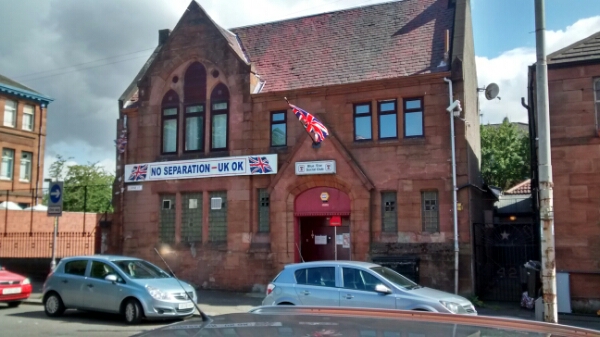 We dropped off our bags and headed back to the bus to have a look at the botanical gardens, the university and the Kelvingrove art gallery (the latter two just from the outside). By the time we got back downtown there were only two buses left for the day and we hadn’t even had the chance to get to see the other side of the city. 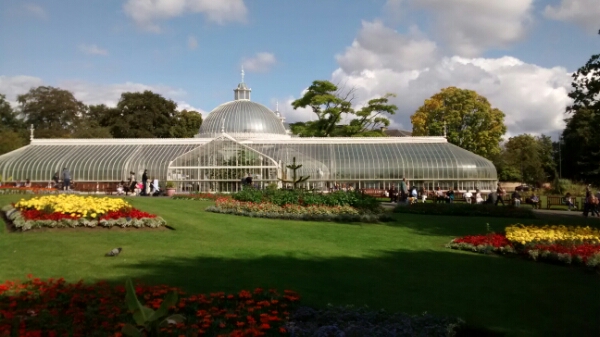 Additionally we found a great guiding channel on the bus – “Ghoulish Glasgow”, which we thought was the tour in old Scottish language (Gaelic). But it turned out to be ghost stories of Glasgow, told by two ghosts living at the bus terminal. We thought that was pretty funny and stayed on the bus for another full tour. By the end we even had goose bumps, but that might have been due to the reason that we were sitting on the open top deck of the bus with the wind blowing quite cold. 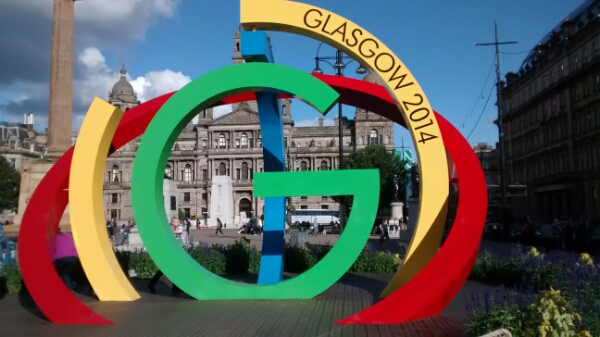 At the end of the tour we hustled to the Necropolis (we didn’t have enough of ghosts yet) to get a nice view of the sunset, which was indeed beautiful to look at. With the cathedral being closed for the day we walked back downtown to look for a pub. 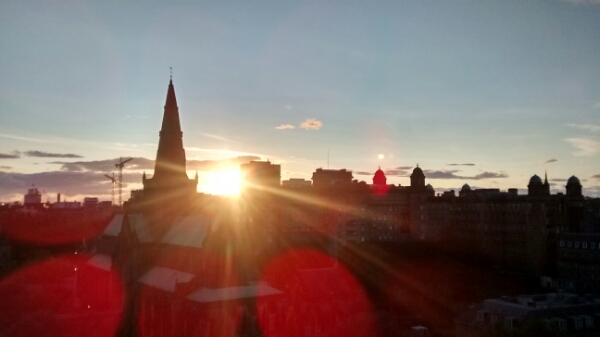 I chose the bar by it’s name – Ben Lomond – as we won’t be climbing Scotland’s highest mountain. It ended up – by chance – being the one and only bar that Eric had been at 11 years ago… It was full of locals. We sat at a table with a middle-aged couple, where the guy was already super drunk and urged us to have 1 and 1/2 of his drinks that he wouldn’t be able to finish anymore. We tried talking to him, but we didn’t understand anything. As he was trying to communicate with his other neighbor she asked: “Do you come with subtitles? Because I have no idea what you’re saying… ” 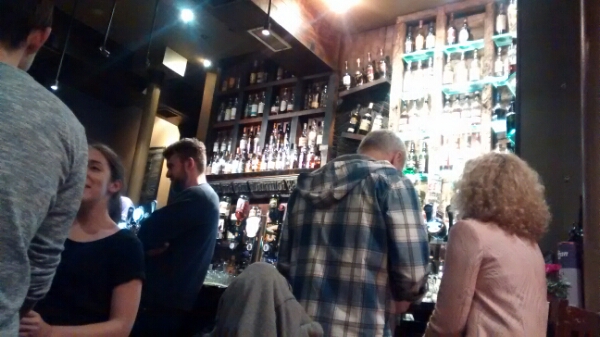