So we were wondering, if there is a monster in Loch Lomond as well? It seems to be big enough since we’ve been walking along the shores for quite a while now. 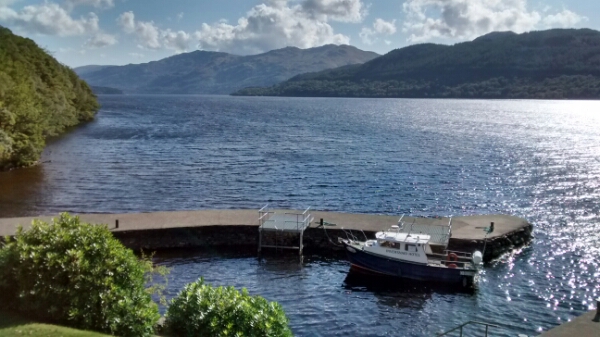 After a nice and quiet night at the Rowardennan youth hostel we got up to greyness and lots of rain. Since we didn’t need to cover too many kilometers on Thursday we were very lazy and didn’t leave our dry place until about noon. And we were lucky as it had stopped raining just before. It got even better as the train clouds moved on an the sun came out again. 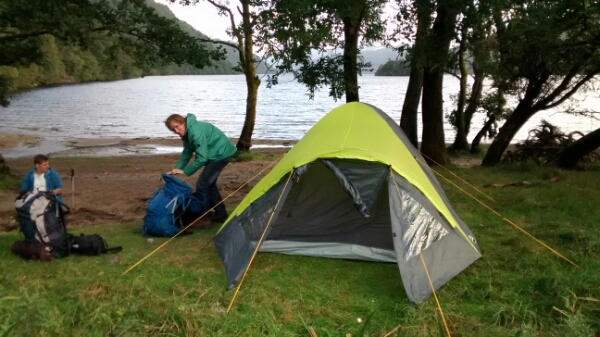 In the evening we found a nice spot at the lake side which was perfect for our first night of camping out in the wild. This was where we found the first evidence for the monster – lots of garbage everywhere. It must be throwing wild parties here every night. Let’s hope it’s not coming tonight! We cleaned up a little bit while Eric was preparing a campfire to cook our dinner. Somehow it took much longer than expected and we got to bed quite late. 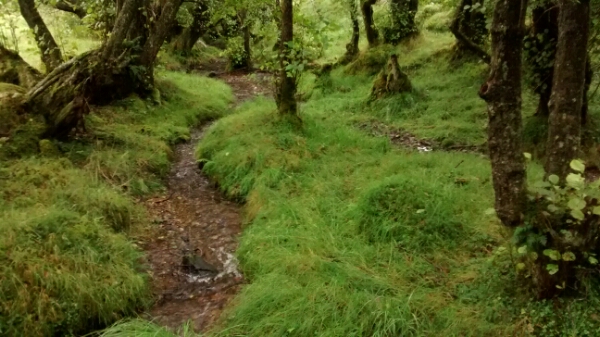 The night was rough – stormy and lots of rain, which continued most of Friday. After packing up in the pouring rain, we continued with our hike. Most of the trails had turned into rivers, and fields into swamps (and our shoes into sponges). At some point we lost the track and walked parallel because we couldn’t find it anymore. 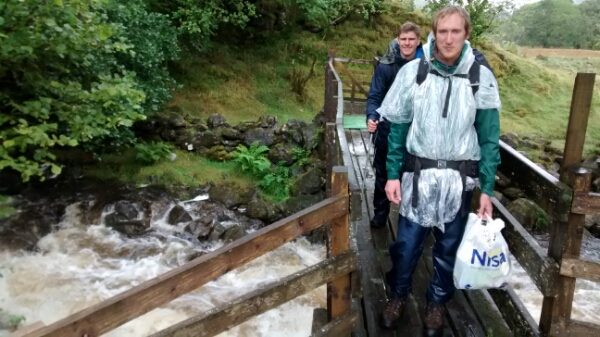 And then we got to the Drovers Inn. It’s the oldest Scottish pub (from 1705) and apparently it has been voted the best pub in GB from 1989-2011. Of course it’s well known among the hikers as well – the French people had told us about it. And here is where we got the definite proof for our monster: They have caught it and are selling the meat as “Loch Lomond monster burger”. It’s name is “Angus”, as mentioned on the menu. And it makes the best burger we’ve had for quite a while! 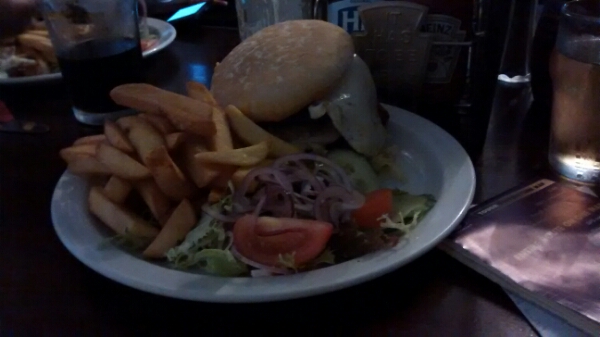