The day started out great. Usually I’m not a fan of oatmeal, but it was the only feasible option to take for breakfast. But what made it much better was the fact that we found a ton of blackberries just outside the campground. So we ended up making a delicious blackberry sauce. 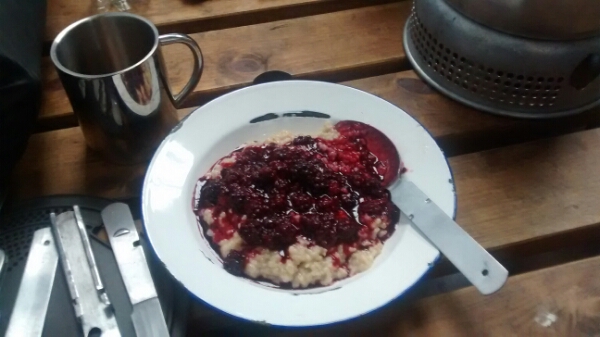 The next part of the hike led us to the real Highlands, partly protected by a national park in this area up to Rowardennan. After walking through a mountainous plateau we passed (and climbed) Conic Hill. It’s part of the continental fault line. Back in the days Scotland used to be part of the American continent. Back in those days the mountains in the Highlands were supposedly as tall as the Himalayas today. Wind, sun and enormous glaciers slowly eroded them to what can be climbed today. 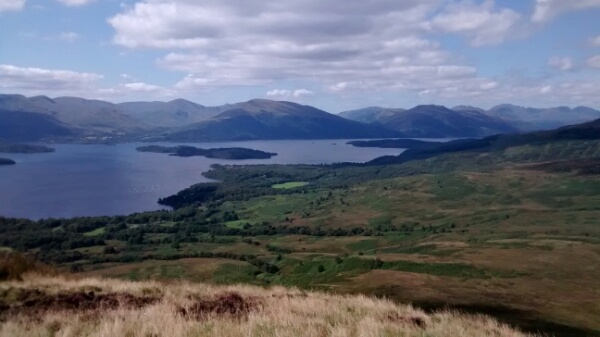 In Balmaha we had planned to do a little boat tour on Loch Lomond, but it was not operating today (or at all?). Instead were relaxing a bit at the shores of the lake before setting up our tent a few kilometers down the road at Cashel Campsite. Of course we met some of the people from yesterday. And we seized the opportunity of the last rays of sunshine to take a quick and quite refreshing bath in the lake. Of course we jumped right under the hot shower once we got out of the water. 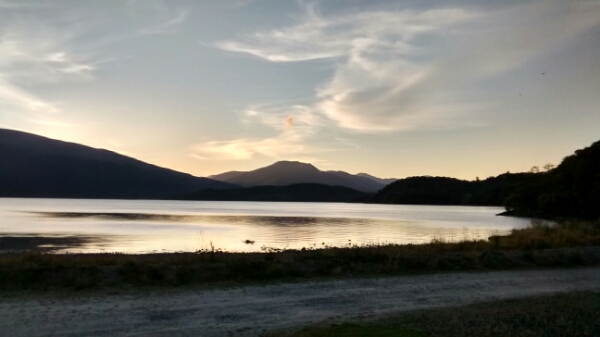 On Wednesday it was planned to be a short hike to Rowardennan. We wanted to keep our energy for the climb of Ben Lomond, the southernmost munro (mountain over 3000 ft) in Scotland. It has an ascend of about 800 m for a round trip of about 7 km. To tackle this, we left our backpacks at the youth hostel (our bed for the night) and went onwards. Without the weight of the backpacks it felt like a walk in the park. 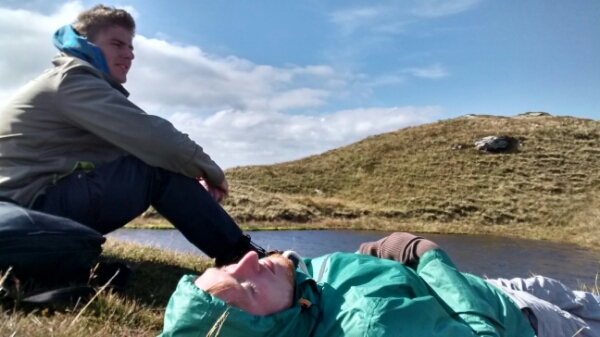 Contrary to the common route we chose to hike it clockwise to have the steep ascend going up and the moderate incline the way back down. It was definitely worth it, even though we met everyone climbing the mountain as they were coming from in front. It was also really easy to distinguish between tourists and real Scotsmen, because the later ones were only wearing a t-shirt with (mostly) constant winds of a magnitude of (I would guess) 7 Bft or more. We were really glad to have our thick sweaters and wind jackets with us… 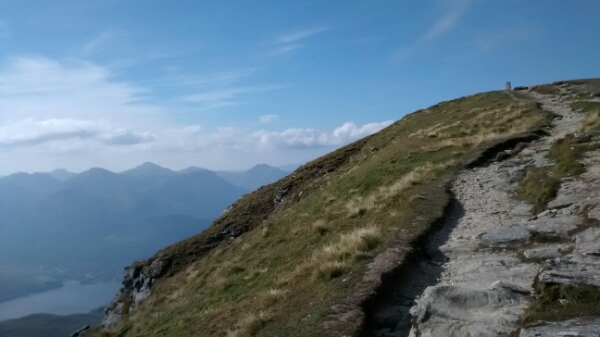