After Benno arrived on Sunday we went shopping for the next few days. And where do the locals go for shopping? Right, to Aldi. 🙂 Back at our AirBnb place we distributed everything – the full cart had been more than 12 kg! And yes, that’s without packaging (but no glass containers and just one little can of tuna). Let’s see how far we can get on this alone! 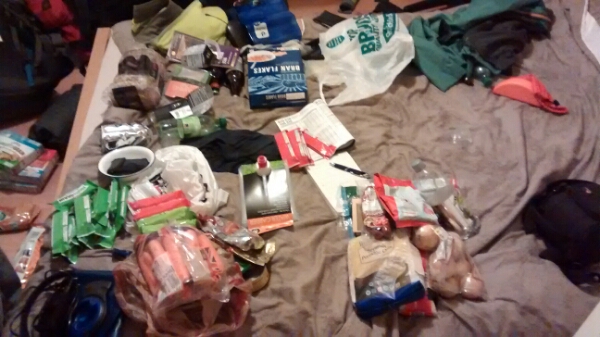 On Monday we started out quite early. Unfortunately we had to learn that it’s not possible to buy alcohol before 10 a.m. Our plan was to get a little bit of whisky to fill our newly acquired flasks. We boarded the train without any alcohol. 25 mins later we found ourselves in Milngavie (pronounced like “Mulgey”, wherever that comes from). This is where the West Highland Way (WHW) starts. 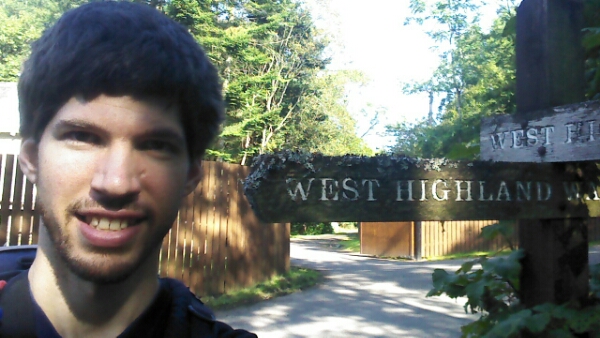 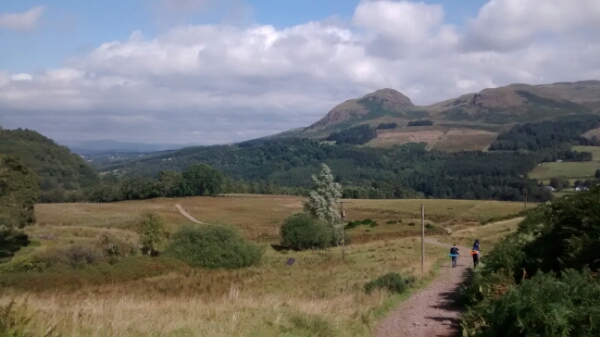 Our backs were still in place and our feet fresh. We were highly motivated. The WHW starts slowly with a long stretch through the woods. Along the way we found more people who were heading in the same direction as us. As previously in Australia and New Zealand, most of them were Germans. It seems like they’re everywhere! With three of them we went on a tour of the Glengoyne Distillery. However most of their whiskys are out of our price range for this trip (mostly because the taxes on alcohol are much higher over here). We did end up buying 200 ml of single malt whisky. The “single” indicates that it has been produced by only one distillery. 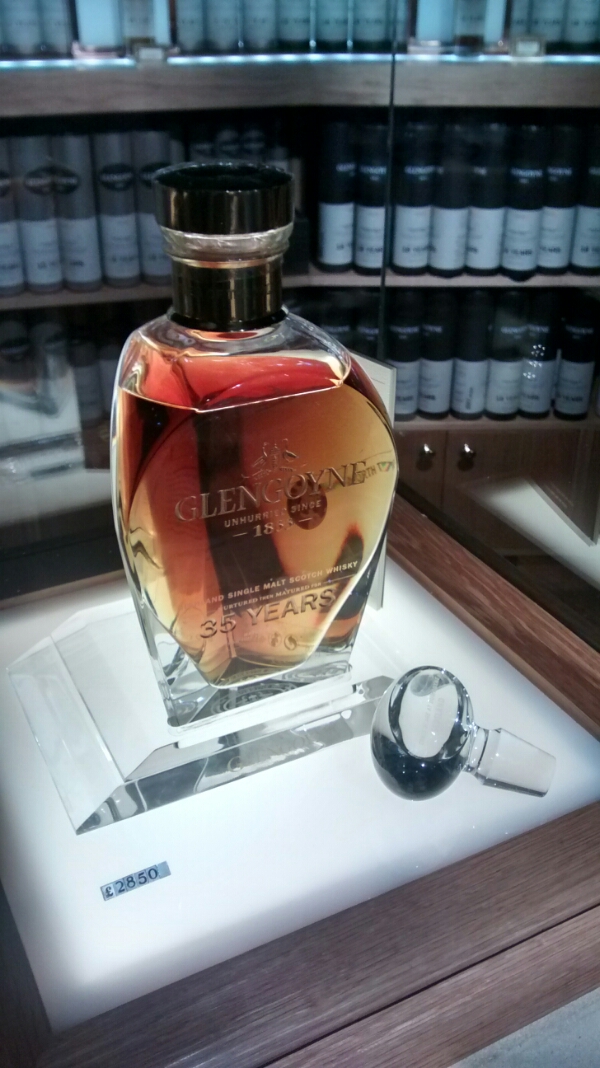 In the evening we set up our tent close to Drymen (say “Drimin”), at a little farm. Once again, most people there were Germans. The three of us were still dry men, compared to the three French guys, who emptied a whole bottle of whisky that evening – they were celebrating the end of their tour, as they were doing the WHW the other way around. They were also quite helpful and gave us some tips for the tour. 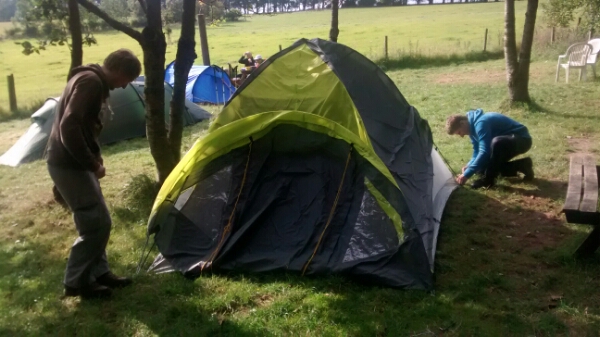